EMERGENCY ALERT 1/30 youth basketball practice has been canceled due to weather Read On... 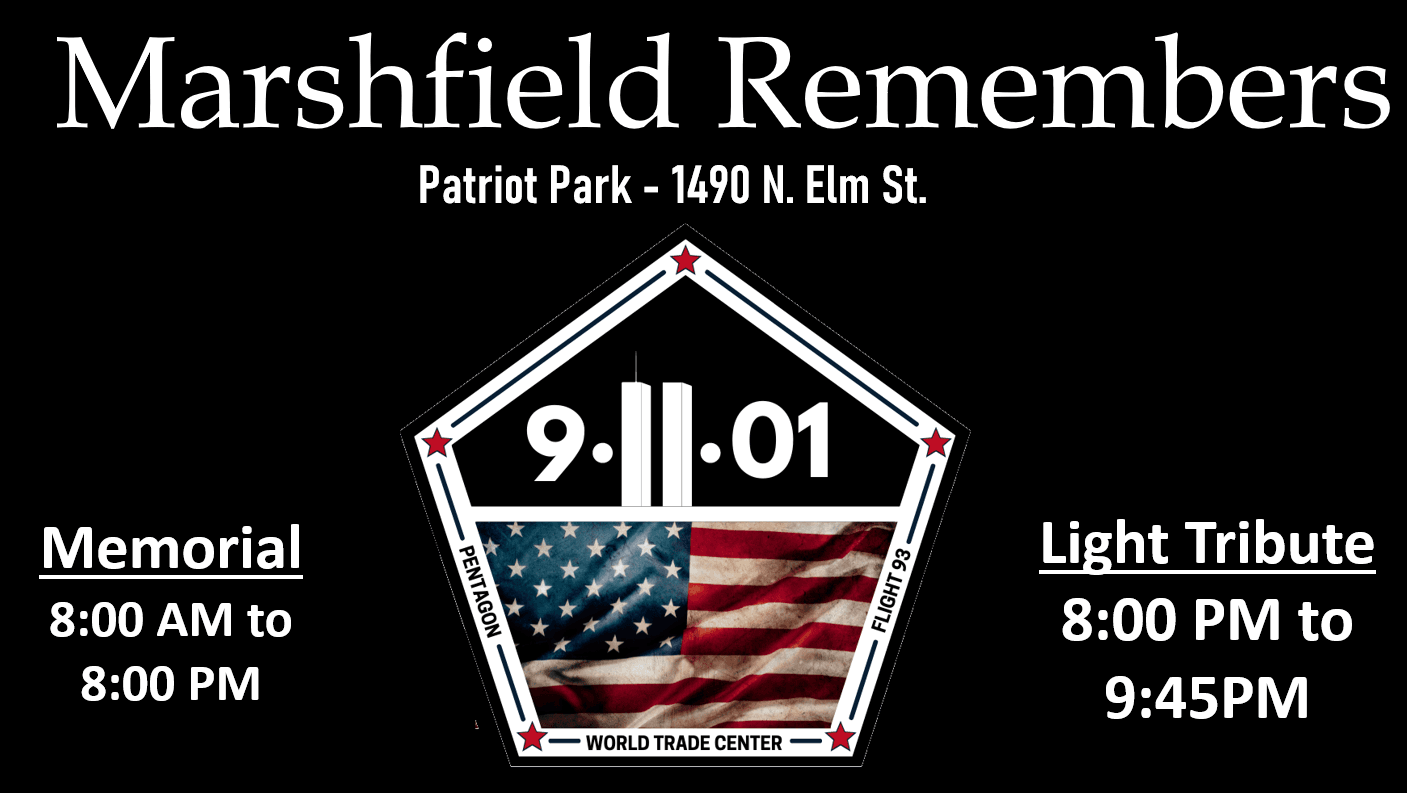 The City of Marshfield will host the second annual "Marshfield Remembers" memorial at Patriot Park, 1490 N. Elm St., on September 11, 2022 in remembrance of the tragic events o 9/11/01. A memorial display of 2,977 U.S. Flags, opens at 8 am in remembrances of the lives lost on that day 21 years ago. In addition, a tribute in light will be begin at 8 pm with by two towers of light gracing the night's sky for exactly 102 minute's followed by the playing of Taps at 9:45 pm. The event will be live streamed on Marshfield WebTB for those who are not able to attend.

Mayor, Natalie McNish, stated "September 11, 2001 is a day frozen in time for many of our citizens, including myself. It was a day of disbelief, anguish, and anger unlike anything many of us had ever experienced before. September 12, 2001 was also a day I remember well. It was a day of unity, patriotism, and pride. We vowed then, as we do today, that we would 'Never Forget.' On the anniversary of these tragic events, it is our honor to remember and to share out memories with others. Citizens of Marshfield and beyond are invited to unite in patriotism and pride, and pay their respects to the fallen. It is also an opportunity to educate younger generations on the events of that day and what it meant to those of us who lived it." 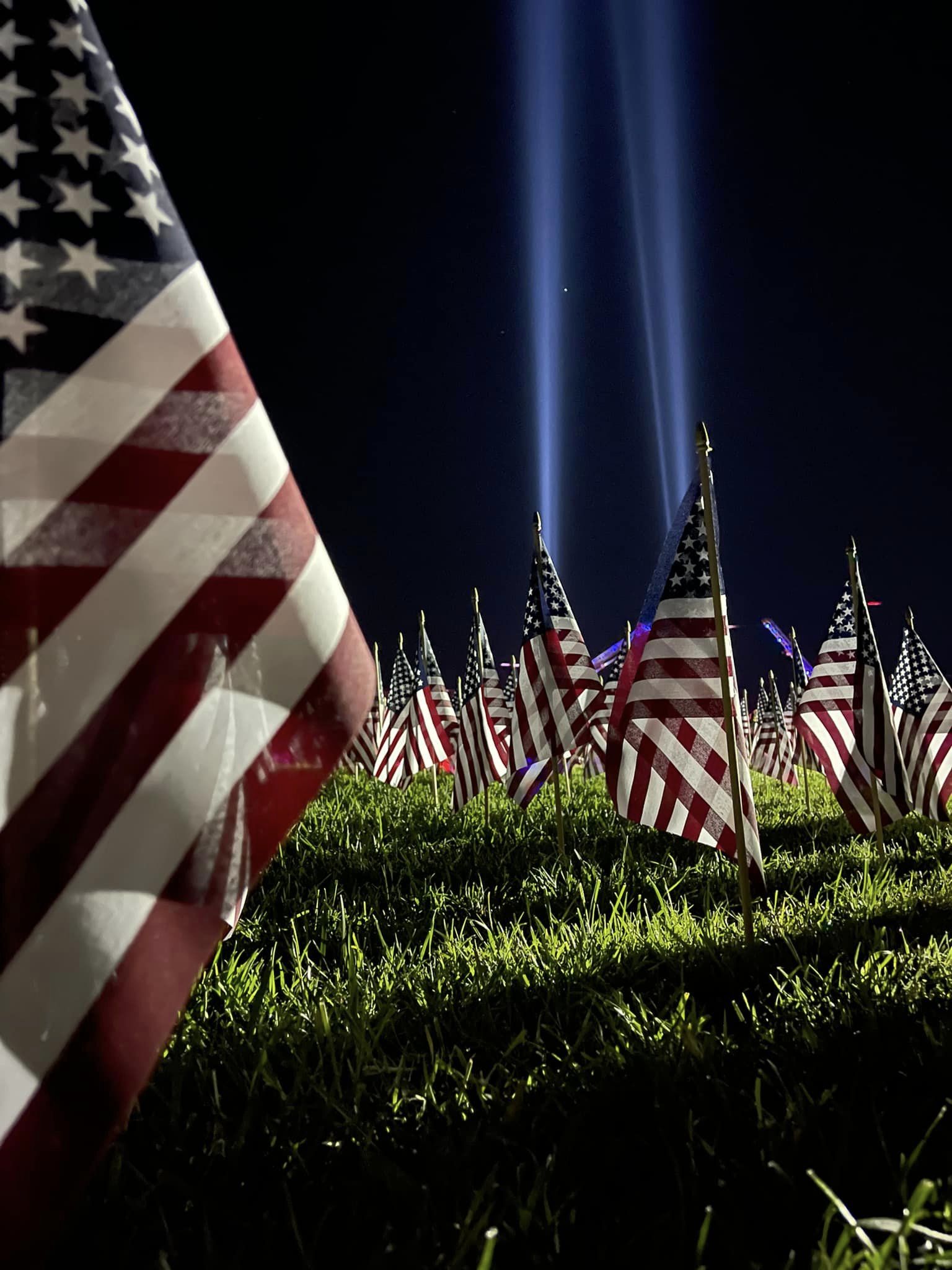